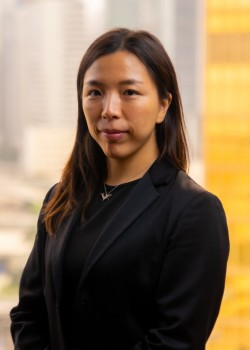 Candy has a broad civil practice. She has been instructed in commercial, company, winding up, bankruptcy, probate, personal injury and matrimonial matters.

Candy taught administrative law at the School of Law of the City University of Hong Kong as a part time lecturer.

She has also appeared as an advocate in arbitration under the HKIAC Administrated Arbitration Rules.