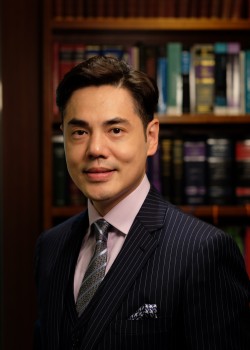 Charles was called to the Hong Kong Bar in 1998. Since then he has specialized in criminal law. He later on obtained a Master’s Degree (MSocSc (Criminology)) and was one of its most outstanding holders ever conferred by the Department of Sociology of the University of Hong Kong.

Charles has established a practice and a solid reputation in criminal appeals whilst he has a growing focus on complex and long commercial fraud and corruption-related cases, some of which have attracted unprecedented publicity.

Charles accepts instructions for criminal appeals, trials and other hearings in all levels of court. He has advised on a significant number of disciplinary matters. Charles has also represented and advised clients on civil matters, some of which related to criminal complaints or investigations.

Charles has served in the Judiciary as a Deputy Magistrate in his earlier years and more recently as Deputy District Judge. Currently, Charles is serving in the Standing Committees of Overseas Admissions (Criminal), Criminal Law and Practice, Discipline, and Civic Education. Charles is also serving in a number of public bodies.

Charles is the Founder and the Head of Chambers of Courtyard Chambers.

(From trial to appeal to the CFA)

(From trial to appeal to the CFA, lead trial counsel for D5)

(Important case on the meaning of “per se” in indecent assault)